I’ve been in a photography slump lately.  I’ve taken workshops, but I’m just tired.  Running after a toddler and a 4 month old baby, it can get exhausting.  And I’m just taking pictures to take them.  I’ve fallen off the 365 wagon (digital version).  I’ve been shooting, just haven’t been editing.  I’ve fallen in love with film.  I’m not able to get on the laptop and edit.  I love the colors of film.  The only problem is that I don’t get instant gratification.  Which is why I still shoot digital.  But this isn’t a love letter to film.

The 10th happened to fall on Ariya’s 3rd birthday.  Ariya decided she wanted a Sophia the First themed party.  And what started off as a small party with a few close friends turned into something bigger.  Family came into town.  We had a petting zoo.  It was nice, but wow, it was exhausting.

So, I didn’t shoot a true day in the life, it was chaos trying to get ready for the party.  Honestly, I turned my fuji x100t on auto, thinking I’d give it to someone to shoot.  Big mistake.  a lot of the photos were out of focus.  I didn’t change the ISO to auto, so a lot of the outdoor shots were blown out and not salvageable.  I was wearing Asha in a wrap b/c that was the only way that she would take a nap, so taking pictures were not very comfortable. the angles are awkward, etc.  I shot film outside, which i have to send out to the lab, so I won’t get those photos of the petting zoo until sometime next week or the week after.  The downfall of film, the wait.

What I realized, and hopefully learned from this is that I’m no longer taking a gazillion photos at my daughters’ birthday party.  Either hire someone, or get a photographer friend to help.  But if it’s just me, I’m taking a few key photos and that’s it.  Because there was no way to be 100% present.  And a lot of my photos were not the best, so it almost doesn’t seem worth it.  Anyway, that’s me just venting.  It was a great day, just wasn’t documented in the best way.  Live and learn.

Here’s a few from our day. 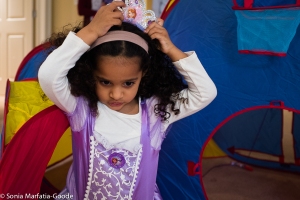 Feel free to follow the circle, and check out the talented Francesca Russell and how she spent her 10th here